This is my first major build. A gothic cathedral built in survival. More pictures in the spoilers at the bottom of the post. Warning – there’s a lot of them. How was it done? 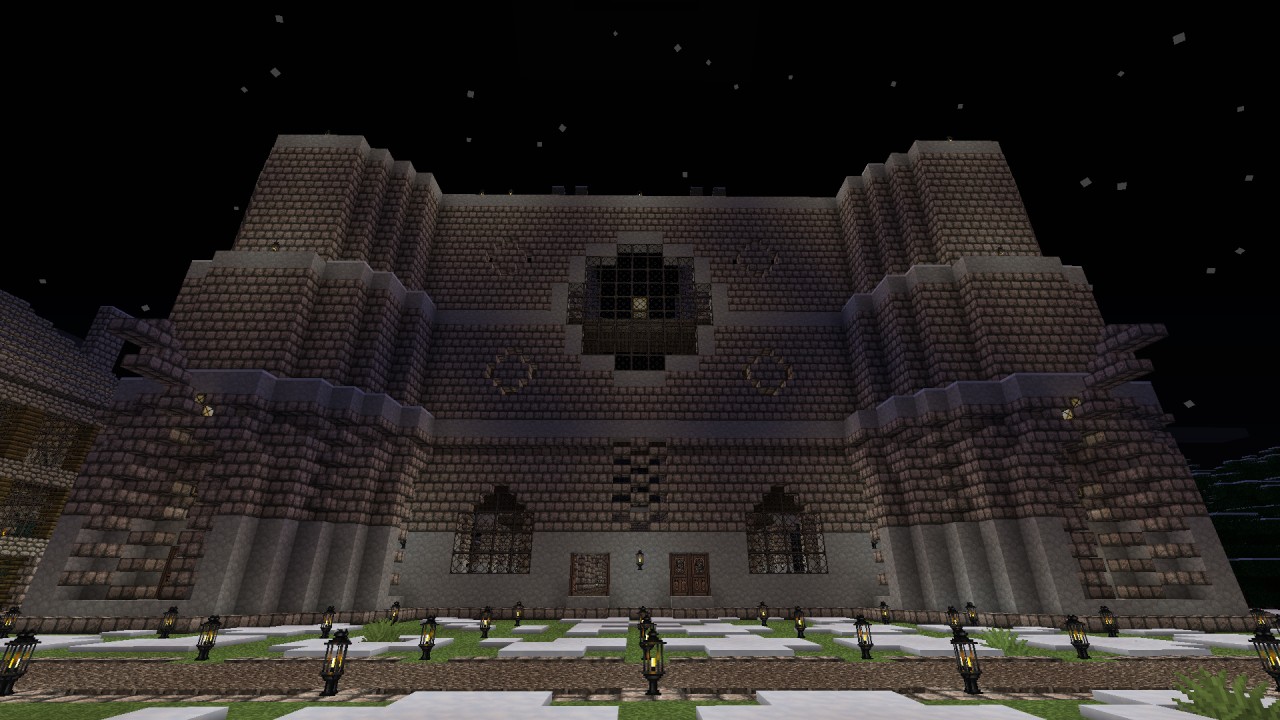 This is my first major build. A gothic cathedral built in survival. More pictures in the spoilers at the bottom of the post. Warning – there’s a lot of them. How was it done? It started out in single player. As I was building it I was sharing progress pics with my gaming community, and they suggested putting it in the new map that they were setting up for our server. No real changes other than the fact that I had it protected by worldguard to stop griefers and creepers alike from putting any dents in it.

Also the spot that the admin chose to put it was rather flatter than my single player map, so I was saved quite a lot of landscaping that I would have needed to do otherwise. All of the resources were collected legit by either myself or other players on the server — the vast majority by me.

I traded with other players for maybe 30 stacks of stone. It was handy since I was building with a lot of stone and they were tunnelling out an underground base. Everybody wins! Every block was placed by hand by me. It took about three months overall. And I have to say I got immense satisfaction out of doing this on survival.

And I also plan on messing about in superflat and seeing what it looks like with some large spires, so I wanted full use of the height limit. The Architecture So, architecture. I love gothic architecture. My last attempted major build project in SSP was an enormous snooker table, and I got bored of that pretty quickly. It was dull and repetitive. But building a gothic cathedral is fascinating and stays interesting. The differences are thus- French Gothic tends to put most of the emphasis on the vertical.

The cathedrals are fairly compact, but the vaulting tends to be high — 35 to 40m above the floor. The western front nearly always has a pair of towers, a rose window and prominent position for the three portals. The east end is usually rounded or polygonal, with an ambulatory of chapels radiating outwards. Because of this, the vaulting tends to be more in the 25 to 30m range, considerably lower than the French. But on the other hand, English Cathedrals tend to be much longer.

They sprawl across their sites, with incredibly long naves and strongly projecting transepts. Any windows on the facade are lancet style rather than rose. The eastern end is often square, with a large floor to ceiling window. But probably the most noticeable difference from the French is the large tower over the central crossing.

This is normally much higher than the two towers of the west front, and marks a cathedral as distinctly English. My own design has worked out larger than most real life examples, partly through coincidence and partly because, well, go big or go home, right? My layout and three tower design are very English, but my vaulting is more like 45m — closer to the more ambitious French designs like Beauvais and Amiens than it is to any English Cathedrals. Because of this high vaulting, I have far more extensive systems of buttresses than are usually seen in English cathedrals, and actually more than is usually seen in the French.

That was the problem that they had at Beauvais. My west front combines influences of both. I also used Extreme render distance on Optifine. The Exterior.

Hello people here is a cathedral I made with Erikjoel99 and Sauvengaur for PMC . I even added a download just to keep that smile on ur face. Without certainty this cathedral appears to be a creation inspired by the St. Vitus Cathedral in screenshot download. This map is perfect for some RPG servers. Download the map from the link below and enjoy. Minecraft Cathedral Map Thumbnail.

It contains all the needed features for performing many operations of this format. Besides, this Editor is much more straightforward than any simple document editor. It offers several advanced features such as user can edit and process more than one PDF files at the same time. Moreover, it can open different multi-page PDF files and write to them. Plus, it has support for several different image formats such as PNG, JPEG, JPG and edits these photo files as well.